Gone Hollow- Why Dark Souls 2 is a brilliant failure. 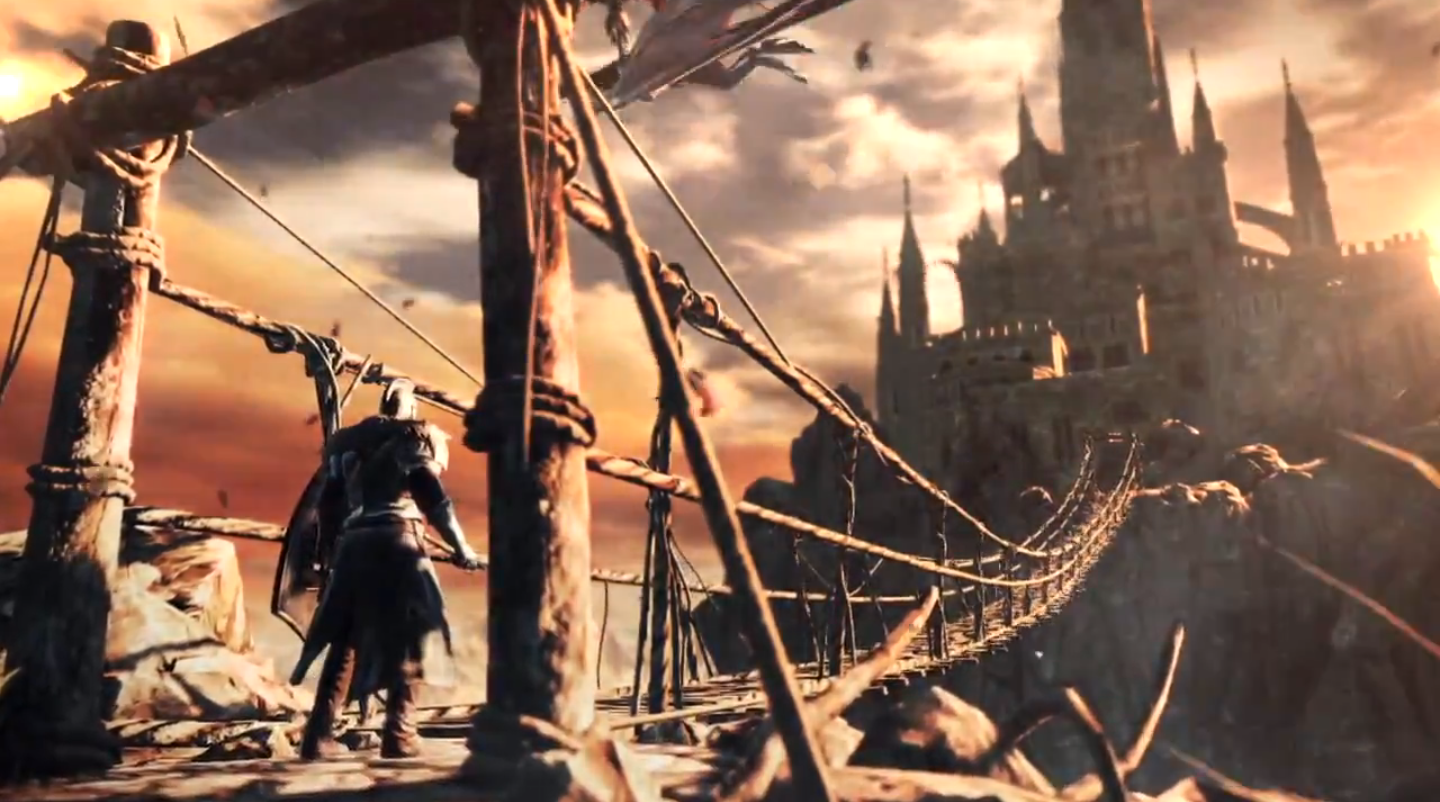 "All who would cross the bridge of doom must answer me these questions three."

"Flawed masterpeice" is a term that can be applied to many a cult game. Killer 7, while being a gripping and arresting experience, absolutely failed to be accesable or marketable to anyone but a cult following. And Earthbound while having a archaic and dated battle system, transcended it's limitations with stunning presentation and writing.

The "Souls" series is a different beast, but just as singular in it's vision. An action RPG that is fiendishly difficult, but the difficulty was used as means to pull the player into the world. And that world is one of constant danger, overrun with demons and monsters. The sense of risk and danger serves to make the player feel vulnerable, even insignificant compared to the huge beasts running riot over the land. You feel a connection to the world through this sense of dread and danger, and the sense of accomplishment having overcome these obstacles is all the more palpable because of this. That enormous bloated monstrosity is dead. I killed it. And all I had was a longsword and my wits.

And of course, it has been said numerous times, but it is worth repeating here, that this vision was almost entirely down to Hidetaka Miyazaki, who has been at the helm of the Souls games from the start, but took a less involved roll in Dark Souls 2, in order to focus on a new game called Bloodborne.

The removal of his stewardship has the effect that many feared it would. Dark Souls 2 is in many ways, at least on the surface, a better game than the original Dark Souls. Gameplay mechanics are more self-explanatory and easy to understand. Information is easily available through menus. There is more variety in armor and weapons, and online play is improved significantly. And the game plays like a dream, in many ways the same deliberate, staccato combat that is the trademark of the series. Block. Counter. Dodge. Parry. Riposte. 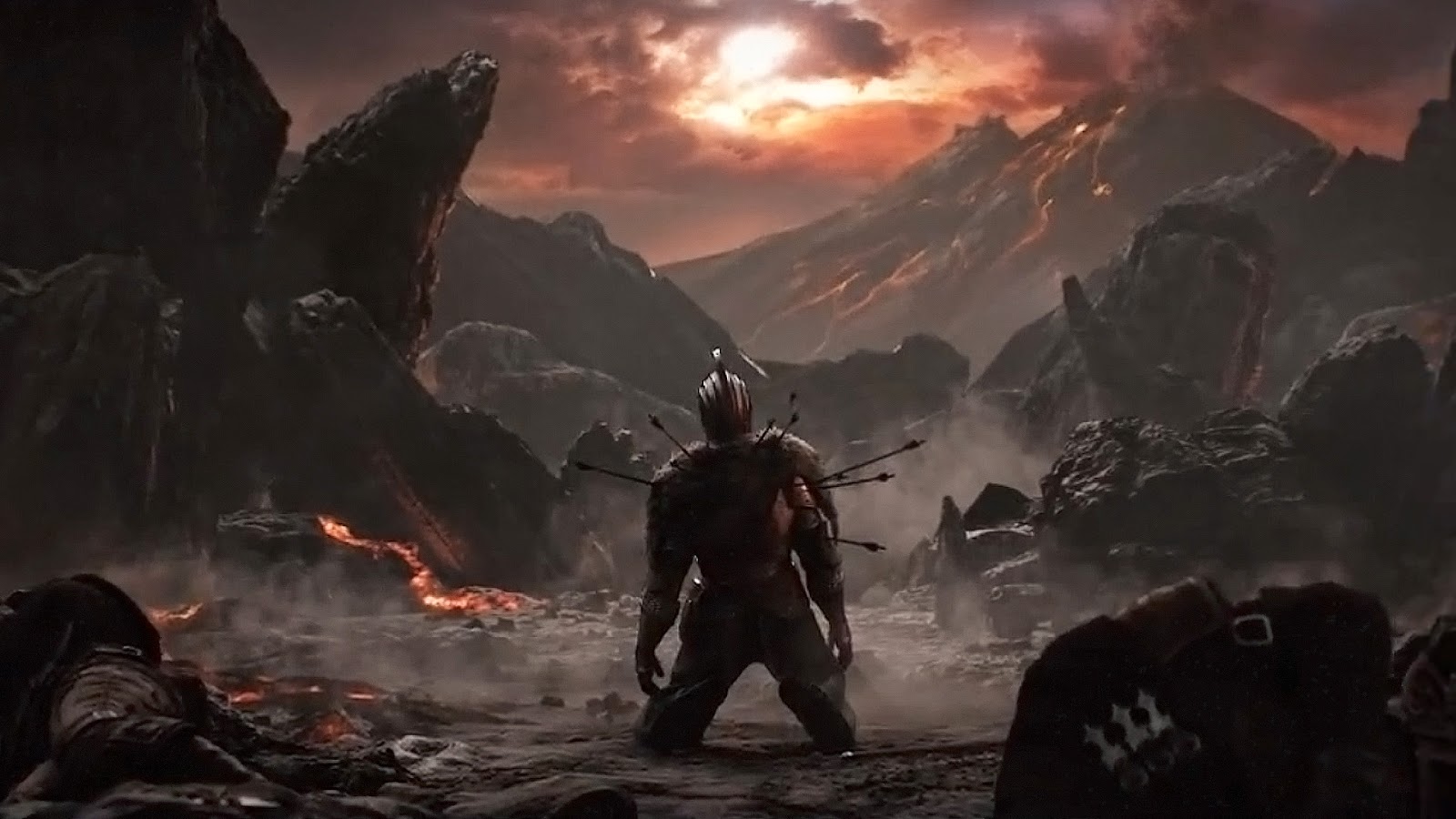 And yet, when you peer a little deeper, you realize all this is just surface. What really makes the Souls series special is much harder to pin down, and near impossible to replicate. Dark Souls is a game made up of moments. Wandering idly up a staircase to be confronted with a firebomb chucking zombie. Blindly walking through an archway to be ambushed by a machete wielding goat demon and his pet dogs. Watching in horror as your character is petrified by a cloud of noxious vapor, and then the redoubled horror at realizing your life bar has been cut in half.

These details require enormous effort and creativity to create. And it's the details which ultimately cause Dark Souls 2's downfall. Anor Londo, while empty in places, feels like a real place. It has beds, sleeping quarters, armories, and trophy halls. Drangleic castle feels like a series of empty hallways. It feels less like a place, and more like a gerbil run for the player to march through. Lordran was a masterclass in world design, with all of it's various locations looping around each other and interlocking like a mad jigsaw puzzle. Drangleic's locations, while atmospheric and well designed, lack the forethought and sense of history of Lordran. They fell less like real places, and more like game worlds. And DS2's reliance on recycling lore and characters from its predecessor means that it ultimately fails to carve out its own identity. "Sir 'not appearing in this game'"

The creators of Dark Souls 2 clearly had a great deal of respect and admiration for the game that they were trying to recreate, but in trying to do so they failed to understand what it was that made Dark Souls (and Demon's Souls) special. It isn't difficulty just for its own sake. Difficulty was used to draw the player into the experience and give them a sense of progress and growth. Some specific bosses like the Smelter Demon and the infamous final boss are a perfect example of the opposite of this- a boss that constantly drains your health whenever you are near it just serves to frustrate the player and draw the battle out past it's normal length. It's very telling that once the player has learned Smelter's moves down pat, the fight is almost trivial, even with the constant HP drain.

Dark Souls 2 is still a good game. Its combat is fun, it has some great moments, great enemy designs, and some of the locations are just downright gorgeous. And despite a lousy ending, the journey itself is much more compelling then the destination. The downfall of Dark Souls 2 is it is in the company of greatness. Many of it's flaws would be completely overlooked if it did not have to meet such high expectations. While this does make Dark Souls 2 a disappointing game, it does not make it a bad one.

It might be just short of the lofty mantle of "masterpiece", but its greatest flaw is that it shares a name with one of the greatest games of the current generation. It fails at greatness, and manages to be merely, "good", which in itself is more than most other games can even dream of. And it will continue to be played by hundreds of players, many of whom are new to the Souls franchise, long after the rest of us have gone hollow.
Posted by Adam Rich at 14:30 No comments: